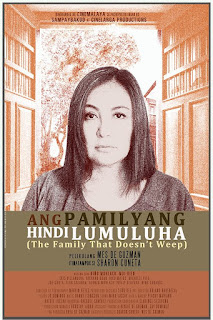 The narrative of Philippine movie stardom attained a final, irrevocable peak with Sharon Cuneta. (Italics by ATS) One may validate this statement by dissecting the manifold categories that made possible the preeminence of Nora Aunor, the biggest star in the country’s history, and inspecting how the other aspirants measure up. From star-texts scholar and close Cuneta observer Jek Josue David (no relation), the three most crucial aspects would be multimedia (or multifunctional) expertise, longevity, and persistence of fan devotion. This would make Cuneta Aunor’s only contemporaneous match, following a number of mostly male predecessors: Fernando Poe Jr., Dolphy, and (from an earlier batch) Carmen Rosales. I would add that most of these names, from the 1960s onward (and thereby excluding Rosales), had their own production outfits.

Aunor’s edge over most stars is that she commuted effortlessly between mainstream and independent projects (although in a technical sense, outfits set up and owned by stars made them not just independent, but literally part of a star system). Cuneta’s own difference was that the production outfit associated with her, Viva Films, was actually a major studio rather than a company where she could call the shots for other people’s projects. It would be erroneous however to presuppose that she never had any so-called indie projects. Her very first starring role, in fact, was in a Sining Silangan Production, and prior to this she had short appearances in a number of other non-studio movies. Since the present millennium, she also appeared in a Unitel as well as an OctoArts film.

Ang Pamilyang Hindi Lumuluha (hereafter APHL) is the closest Cuneta has come to an Aunor-type indie undertaking: not only does the production company bear (half) her name, but the project itself partakes of several elements reminiscent of her earlier indie-project attempt, Mark Meily’s Crying Ladies (2003): proletarian material, offbeat handling, moral ambiguity. Yet in this instance, APHL also exhibits the same difficulty that digital-era indie-filmmakers have with legends like Aunor. Perhaps overwhelmed by their stardom and dedication to excellence, the newer generation seems hesitant in (perhaps incapable of, but let’s hope I’m wrong) crafting roles that would challenge these performers, enabling them to break out of the mold that their personas invoke.

In this specific instance, Cuneta starts out as a landowner abandoned by her husband and children, who displaces her heartache and longing by attempting to reunite the supposedly propitious title clan in her unoccupied guesthouse, and winds up banishing the family members upon realizing how they had tricked her into believing the folk-mystic claims about them. The benevolent-hacendera character suggests a throwback (or perhaps, though less likely, a tribute) to her erstwhile rival Kris Aquino’s familial circumstances. The situation also enables her character’s dramatic highlight, a breakdown scene where the issues she repressed finally surface – and it is a measure of Cuneta’s ability that she remains as grounded in this openly melodramatic resolution as she is in the rest of the film. 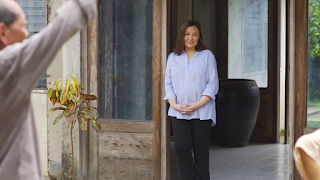 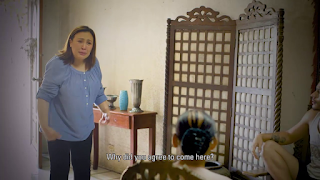 Screencaps taken from the movie APHL

The missed opportunity in this case is suggested by the presence of the sidekick character Bebang, played by Moi Marcampo (surnamed Bien in the credits). Cora, Cuneta’s character, is actually presented from Bebang’s perspective – which results in Marcampo having more screen time. More significantly, she winds up with a greater opportunity to indulge in wacky antics with concomitant witty lines while embodying an essentially tragic figure, recognizable to OFWs, of a migrant worker forced to endure alienation and abuse out of filial devotion to an utterly self-interested parent. Interestingly, Cuneta had portrayed several aspects of Bebang before: not just as a migrant worker in Chito S. Roño’s Caregiver in 2008, but also as an Aunor-type rags-to-riches aspirant during the beginning of her marriage with her ex-husband. (For an exhaustive evaluation of this period, see Bliss Cua Lim’s article “Sharon’s Noranian Turn.”) 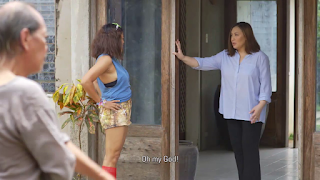 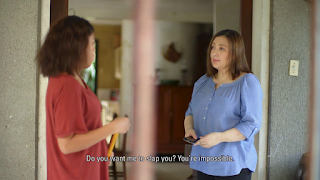 Screencaps from the movie APHL

APHL could have been an opportunity for the Cuneta audience to witness how she could have improved on, say, Dorina Pineda of Emmanuel H. Borlaza’s Bituing Walang Ningning (1985) or Lupe Velez of Lino Brocka’s Pasan Ko ang Daigdig (1987). From the 1990s onward, people found increasingly lesser reason to doubt her ability in delineating characters closer to her real-life condition. APHL provides further confirmation of her expertise in essaying a family-centric elderly woman abandoned by her kinfolk, leavening the presentation via the use of astute comic timing and enriching it through judicious deployment of dramatic moments that build up to her final outburst. 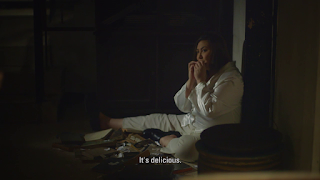 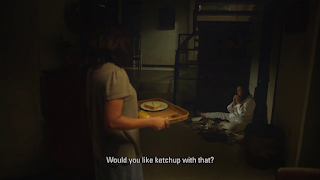 Screencaps from the movie APHL

It will always be worth a sitting, if only for affording the spectacle of Sharon Cuneta inhabiting a distinctly indie-movie universe. She allows herself to be deglamorized, dresses up in robes and pajamas and duds, goes on drunken rants and a climactic hysterical breakdown. Through it all she demonstrates the bottom-line confirmation of stardom: that she can let herself go onscreen, and still retain the allure and incandescence of the same young teen who once devoted herself to a public that could never get enough of the conflicted middle-class strong-woman representation she embodied. Her sun is far from having set, and APHL is proof of her readiness to venture into other modes, other landscapes. Aunor has had enough semi-successful or even failed movies that serve as revelatory treats for her fans when they get tired of her usual fare; Cuneta, in many ways the final Filipino star (Italics by ATS), is coming up with that kind of legacy for herself.

Joel David is Professor for Cultural Studies at Inha University in Korea and the recipient of the 2016 Gawad Lingap Sining (Art Nurturer Prize) of the Filipino Arts & Cinema International Festival in San Francisco, Calif. He had formerly taught at the University of the Philippines Film Institute, where he was founding Director. He holds a Ph.D. in Cinema Studies at New York University and maintains an archival blog titled Ámauteurish! (at https://amauteurish.com), which contains all his out-of-print books and articles on Philippine cinema, media, and culture. 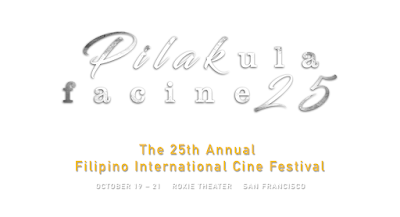 Filipino Arts & Cinema International (FACINE) is a non-profit organization dedicated to empowering emerging artists and diverse audiences to create films that speak about Filipino communities globally, by promoting cinema as a social document of Filipino culture and heritage, and as medium of artistic expression.

Ang Pamilyang Hindi Lumuluha is one of the films screening at "Pilakula FACINE 25" at Roxie Theater in San Francisco on October 20, 2018, 7:00 PM.

Be my genie! Grant my wish(es), please? See my list. Click on this.
Labels: Ang Pamilyang Hindi Lumuluha Movies Sharon My 40 Years 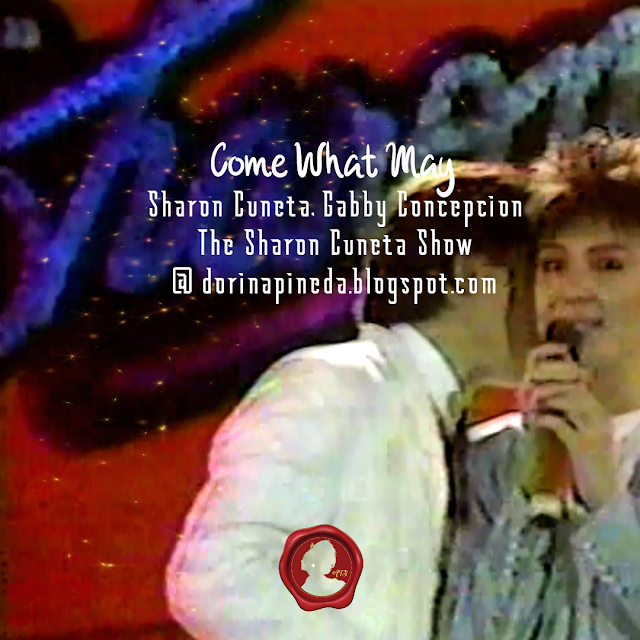 Sharon Cuneta - Come What May (Duet with Gabby Concepcion, TSCS)

sineasta
He has attended trainings and seminars in film and television production under GMA Artist Center and ABSCBN Film Productions, Inc. (Star Cinema). As an independent filmmaker and critic, his works have been recognized by GMA Network at the Sindie Film Festival in 2006 and Cultural Center of the Philippines during the 24th Gawad CCP Para sa Sining in 2012. He is currently finishing his master’s degree in Media Studies (Film) at the University of the Philippines Diliman, working on his thesis on Sharon Cuneta. (By Gion Rzaon)